From Russia, With Love: Paul Manafort (Part 1 of the Russian Ties series) Paul Manafort came out of nowhere.

Before he was appointed as Donald Trump’s campaign manager in 2015, he had almost no presence in modern American politics. He had worked for Ford, Regan, and Bush, Sr, but disappeared from the political landscape after his tenure working for Bush, Sr. This is unusual, but not unheard of. While most presidential candidates choose seasoned political academics with vast knowledge of current political trends to run the most important campaign of their life, Donald Trump ran on a platform of being different. So why not pick someone no one expects? Why not push the “anti-establishment” rhetoric you’re selling wholesale? And, as an added bonus, he worked for the golden trifecta of conservative presidents, certain to appeal to rank-and-file Republicans. From a top-level view, the choice almost makes sense.

Because if you go deeper you will find yourself asking: who is this guy? Where did he go? And why did he come back? How did he get on Trump’s radar in the first place? And to answer that question, we’ll have to back up and head east.

Between 2007 and 2012, Manafort was paid about $12.7 million dollars by the pro-Russia president of Ukraine, Viktor Yanukovych. This was discovered by the newly-formed Ukrainian anti-corruption task force in a raid on Yanukovych’s mansion in 2014. There were hand-written ledgers detailing off-the-book payments and bribes made while Yanukovych was president. Manafort denies ever receiving this money, though his daughters’ text messages were hacked earlier this year [1], and it seems to prove that Manafort did, in fact, receive the nearly $13M.

This money seems to be connected to the work Manafort did for Yanukovych and his political party before and after Yanukovych’s rise to the Ukrainian presidency. Even after Yanukovych fled Ukraine in 2014, Manafort continued his work in the country:

Manafort kept working in Ukraine with the president’s former chief of staff to help keep the pro-Russian party in the political game. It worked. The party ended up being a significant influence in parliament.[2]

Shortly after Yanukovych fled Ukraine to Russia amid serious political protests, Russia invaded Crimea and annexed the area once controlled by Yanukovych, and, by extension, Paul Manafort. From the New York Times:

It is far from certain that Mr. Manafort’s views have directly shaped Mr. Trump’s, since Mr. Trump spoke favorably of Mr. Putin’s leadership before Mr. Manafort joined the campaign. But it is clear that the two have a shared view of Russia and neighbors like Ukraine — an affection, even — that, in Mr. Manafort’s case, has been shaped by years of business dealings as much as by any policy or ideology [3]

Also worth noting: Manafort never told the U.S. government that he was being paid directly by another country’s political actors, though U.S. law requires one to do so. He was also working on “side deals” during this time period with Russian and Ukrainian businessmen (including Dimitry Firtash). Many of those deals didn’t work out, but he was connected through these business dealings with many Russian and Ukrainian businesses and political figures currently under scrutiny by the U.S. government.

So. How did a Russian-connected lobbyist and political advisor end up on Trump’s radar?

That is anyone’s guess, but my theory is that Trump needed a new campaign manager and someone in the Russian government made a “helpful” suggestion and offered a proven pro-Russia advocate close to Trump and the Trump campaign. Manafort also shows up in the unverified dossier compiled by Christopher Steele. (While substantial portions of this dossier are so far unsubstantiated, there have been parts of the dossier that have been verified as true. Certain conversations described in the documents have been confirmed to have taken place at the same time and involving the same people as reported in the dossier, though the content of the conversations remains unproven. Even without the content of these conversations, the fact that the dossier is verifiable at all lends credibility to the entire package of documents. Little by little, bits and pieces are being confirmed by various agencies and governments.) And if Manafort is in this dossier, and has been confirmed to have had conversations and meetings with high-level Russian officials while active in the Trump campaign, where does that leave the American people? 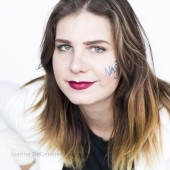